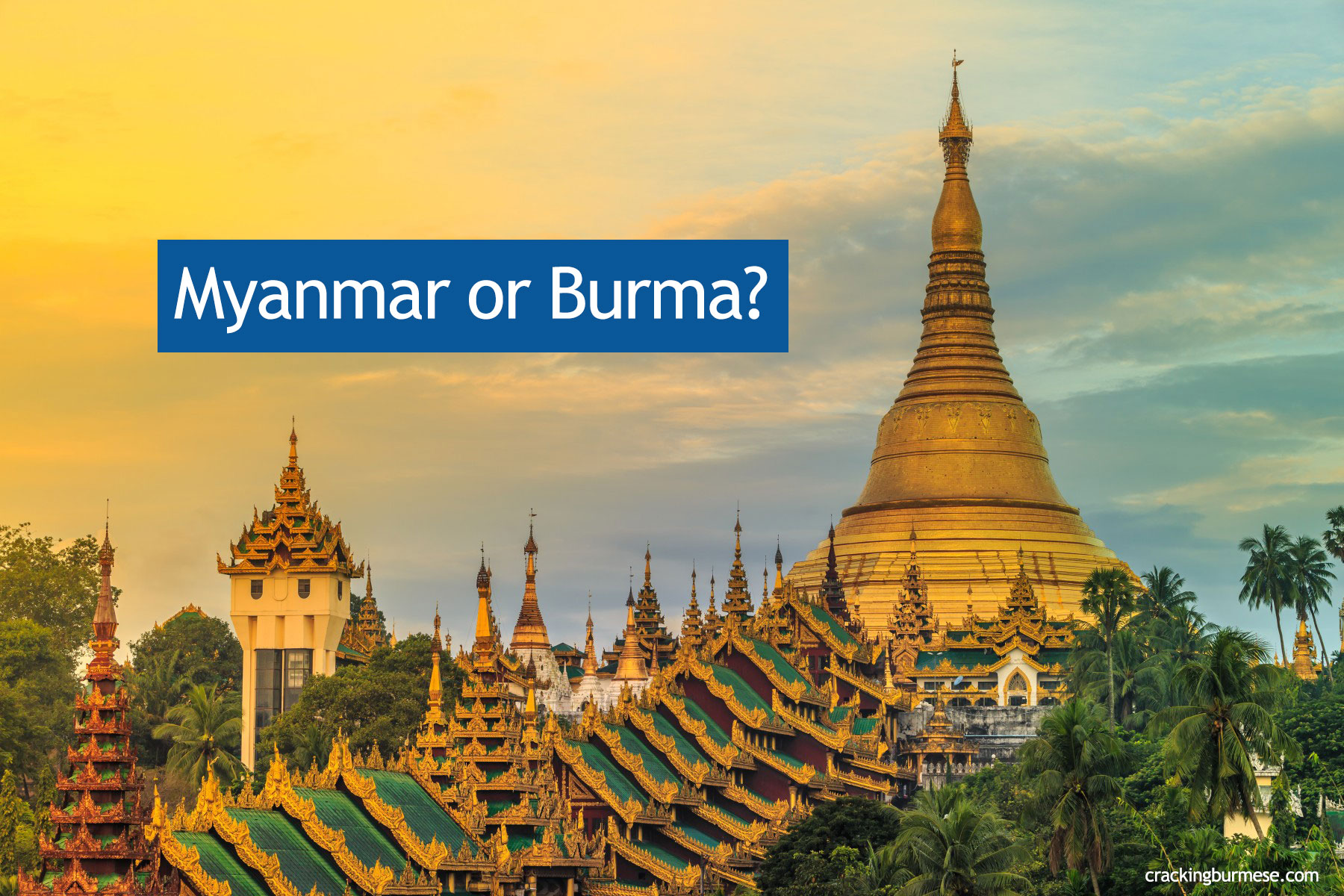 Have you ever wondered what is the difference between Burmese and Myanmar?

Myanmar has been changed it’s name from “Burma” to “Myanmar” in the late 1980s. Many foreigners still use the name “Burma” since it’s quite easier to pronounce than “Myanmar” and also the new name is not quite known. But how about the locals? Do they like the name “Myanmar” better? Is that offensive to use “Burma?”

Let me answer this question as a local and also from my personal point of view.

Locally,  “Myanmar” is more used. Burma seems to be derived from “Bama” which is the main ethnical group in Myanmar and we have 8 ethnical groups. So it seems not quite fair to other ethnical groups and “The Union of Myanmar” solves the problem and feel more united! The other thing is “Burma” is used when we are being colonized and many citizens do not want to use it anymore.

You may know, we are very kind, understanding and forgiving people in the world! 😛 It’s not that much problem if you are using “Burma” or “Myanmar”, there is no problem in the normal situation and in daily life. I mean, it can be different for the diplomats or those who works relating to political environment, and they may have to be more cautious than anybody else, right? However, “Myanmar” is better to use, if I have to take side!

Do you know why?

The grammar structure of Myanmar Language goes as follow:

Of course, there’re exceptional cases but you will see we do not really change in the main word, but add another word to let know whether we are talking about country or language, or nationality. (country/language main word + respective word)

According to the English grammar, they understand more in changing the word form; like “Burma” to represent the country and “Burmese” as nationality and language. “Burmese” is also shorter than “Myanmar language”, or “Myanmar nationality”.

And so after that, the word “Burmese” is traditionally more used.

If you are referring to “country”, it’s quite better to use “Myanmar” than “Burma”.

If you are referring to “language”, “Burmese language or Burmese” is more common for now, and most locals are okay with that.

If you are referring to nationality or people,  using “Myanmar” sounds better to locals. (e.g, Are you Myanmar? is better, but since”Myanmar” pronunciation is a bit hard for foreigners, Are you Burmese? is still used and forgivable too.)

2 thoughts on “Myanmar or Burma? Burmese or Myanmar language?”